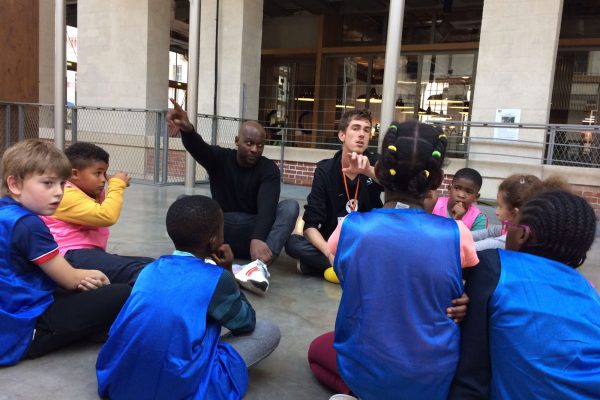 Meet Jason McKoy: a bastion of sport for social impact

Jason McKoy is experienced enough to know what works — and what doesn’t — in the field of Sport for Development. His years of delivering high-impact programmes with offenders and at-risk young people give his opinion significant clout.

He also works with the 3 Pillars Project, using rugby as a vehicle to engage the most difficult young people, including young offenders, while developing teamwork, communication, self-control, goal-setting and enabling them to make a positive contribution to society regardless of their past.

Another project on Jason’s CV is the football-based residential trip he ran for young black men, focusing on education and personal development. It was funded by Hackney Council in inner city London, an area beset by issues including gangs, knife- and gun-crime, low aspirations and low educational achievement.

The summer residential is one of many projects targeting this demographic to improve this demographic’s self-esteem, give them a better perspective on their place in society, signpost and provide pathways for self-improvement and give them a chance to be coached and inspired by ex-Premier League players. 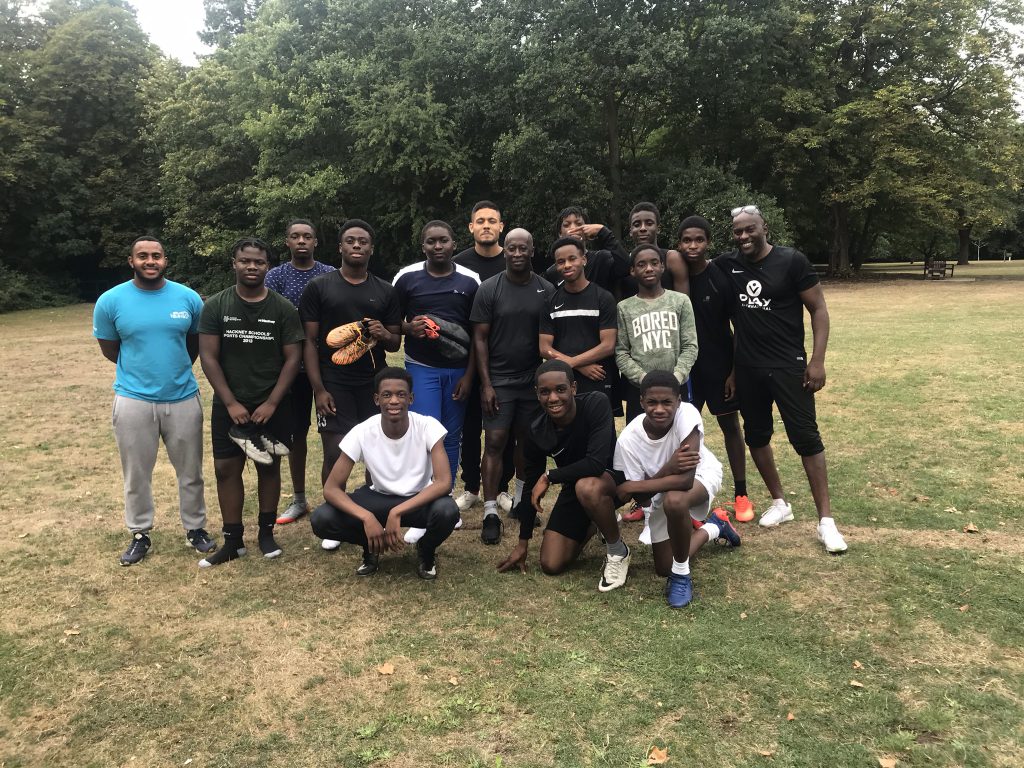 “Many said they learned more in two days than they had done in two terms at school!” said Jason.

“The idea is to give them some alternative approaches to life and look after their welfare. If you’re a young person in an area where there are few legitimate pathways, jobs or lifestyles presented by your peers, you need to be equipped with tools to take control of your own destiny.”

Jason, a former youth footballer with Coventry City who later played for several non-league clubs in the south east, brought in friends and former Premier League players to run workshops. One of them was Jamie Lawrence, formerly of Leicester and Bradford City, who was Ghana’s fitness coach at the time of the residential working under former Chelsea manager Avram Grant. He is now first-team coach at National League side Whitehawk.

“Jamie had them all throwing up by 10.30am, which was fantastic!” laughs Jason. “He spoke about his journey from being in prison as a young man to becoming a top-flight pro. That was very powerful.”

Other ex-pros, such as former QPR and Tottenham defender Clive Wilson and ex-West Ham and Charlton Athletic player Kevin George, also ran sessions, with George focusing on how participants could use Neuro Linguistic Programming (NLP) to benefit their performance in sport and education.

One of the most popular workshops, though, was about black race identity and black history.

“It was the highlight of the weekend,” reflects Jason. “It was the weekend’s last workshop and I thought they’d be tired and disinterested, but after nearly three hours I had to bring it to a close!

“These boys lack attention in school, but they were hanging off every word and engaged in mature and sensible debate. They learned about themselves from a different perspective—possibly for the first time.”

Plans are afoot for more residentials in summer 2019, as well as regular, diversionary sport-based activities in other troubled areas of London.

Jason’s experience is extensive. After finishing his career as a player, he became a UEFA qualified coach, securing a coach/mentor role at youth ‘sport for employment’ charity StreetLeague, working his way up to become Sports Programme Manager and founding several initiatives and approaches that are still in use today.

While there he worked closely with streetfootballworld, which use football to bring about social change across the world. He also worked with Tackle Africa, an organisation that uses football to educate children and young people about safe sex and AIDS, travelling to Ghana to deliver training and see their work first hand.

Another project was with Sported and Deutsche Bank, developing futsal sessions that lead to discussions around gang involvement and its consequences. In 2017 he worked with French organisation, Play International, on their Playdagogy Programme. Jason joined a team who designed and developed a syllabus of games that enabled children to consider and discuss disability and inclusion, then delivered training to PE staff and teachers in primary schools.

All of which gives him more than enough kudos to comment on the Sport for Development sector as a whole. Despite painting a positive general picture, he has a few concerns.

“Some community schemes send in coaches only a year or two older than they guys they’re supposed to be coaching. They’re sometimes no better at communication or time-keeping than the participants. I know what I’m talking about when I say that. Yes, there are benefits to peer role models, but on too many occasions, what I’ve seen is not that! 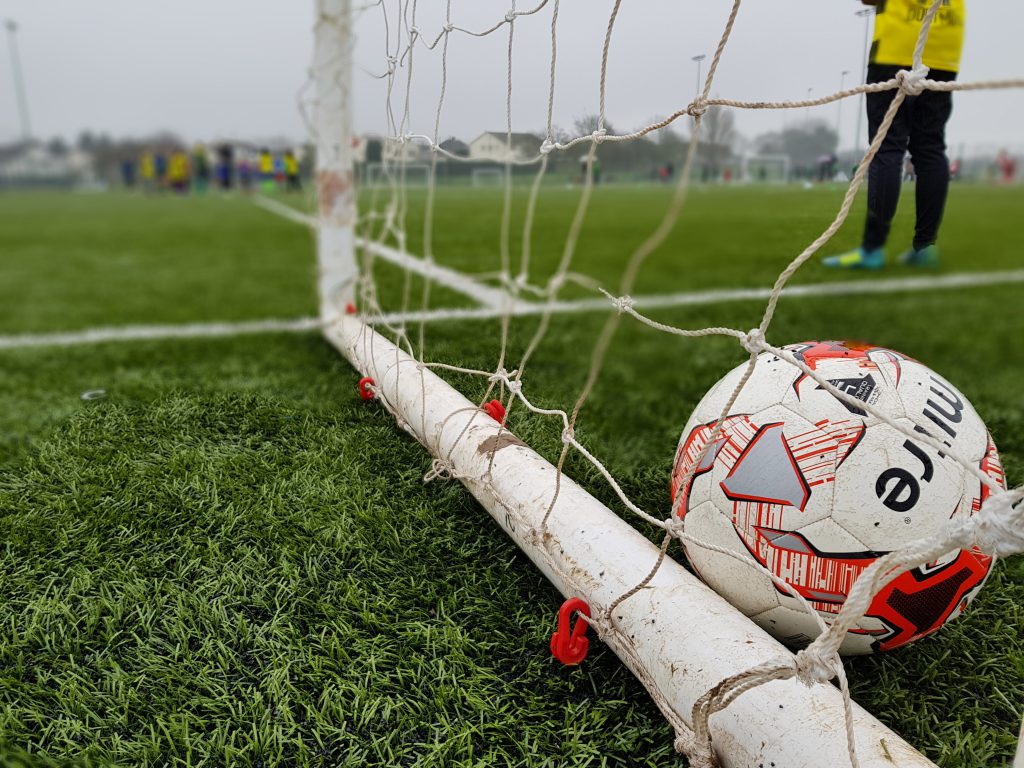 “There are other organisations who go into prisons and deliver football for an hour and a half. That’s not Sport for Development, that’s just five-a-side!

“Some organisations do more harm than good. They’re sending people who aren’t experienced enough to work with some of the cohorts they are targeting. Sometimes working with difficult people means having to ‘grasp the nettle’ and too many aren’t prepared to do that”

Responding to these comments, Alliance of Sport Co-Founder and Secretariat, Justin Coleman, said: “With all our network and our activity in criminal justice we are always looking to avoid ‘the cures that harm’ to which Jason is referring.

“This is why all of our experience, research and evidence groups are intrinsic to providing the Alliance of Sport and its active Community of Practice (CoP) with the framework to hold integrity in what we all strive to achieve.

“If you wish to share findings, lessons learned or inform us of methods you use to help overcome barriers, we would very much like to hear from you.”

What’s not in doubt is the value of Jason’s own work with Mercurial Sports, the 3 Pillars Project, the Hackney residentials and others, that help forge connections with troubled and vulnerable young people and steer them towards better choices in life.

He concludes: “When these relationships are allowed to grow through the dynamic of sports, the changes in character, the honesty, and the willingness to learn become all the more stark. From the pitch, it’s not hard to identify the potential of it.”