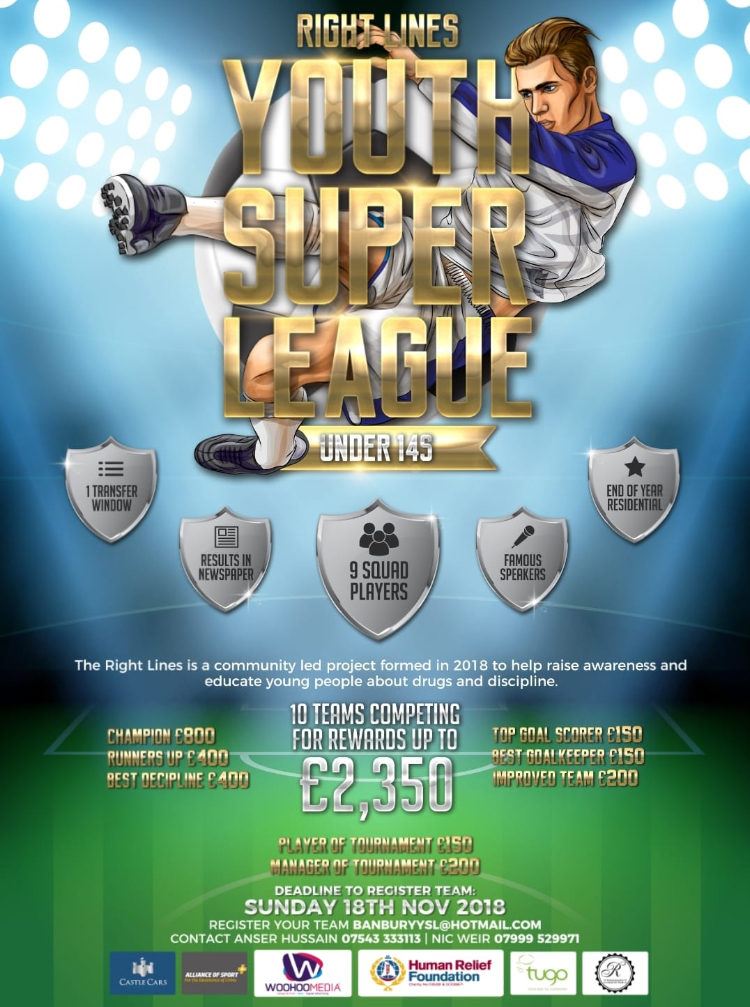 A football league is being launched for young people in Banbury to raise awareness of the dangers of county lines – set up by two men with lived experience of its devastating effect on individuals and communities.

Nic Weir and Anser Hussain are co-founders of the Right Lines Youth Super League for 11-14-year-olds in the Oxfordshire town. Starting in December, the football tournament will feature high-value prizes.

The football competition will act as an engagement tool alongside workshops to educate young players about the effects of drugs, violence and criminal behaviour, as well as empowering parents with information on crucial warning signs.

Nic understands the impact that child drug-running can have only too well. His 16-year-old son fell into drug-running for local gangs after being excluded from school. He hid crack and heroin in his parents’ garage to distribute to local users. In July this year he was attacked by a gang who stole his supply and stabbed him 14 times.

Luckily, he survived, but another recent attack required him to have 15 stitches in his head. It’s led an increasingly desperate Nic to send him away for his own safety.

“I was a bit of a naughty boy when I was younger, but this scene is dark,” says Nic. “It’s kids of 11 running crack and heroin; it’s child exploitation. They need help. At one time, that kid on a bicycle in a park in the summer holidays was a sign of freedom; now if he’s got a bag on his back my first thought is that he’s running gear for local users.

“We hope our project will have a massive impact because there’s nothing here in this community for these kids, there are no alternatives. I know better than anyone that county lines can happen to anybody.”

Anser and Nic have previously organised football tournaments that have helped engage and forge links between young people from white and Asian communities in Banbury. They are hoping this new long-running event will do the same, as well as reducing the threat of county lines activity. 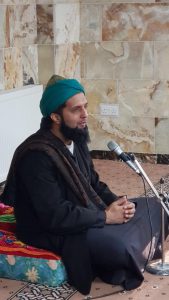 Anser (left) explained: “Me and Nic had a really long meeting. We asked each other, ‘Do we think we can stop drug dealers?’ No. ‘Can we stop children becoming drug dealers in the future?’ Yes. From there, it just took off.

“Every little bit of the tournament was designed for a reason. We want elders and older kids to be mentors, we’ve got it running for six separate days over nine weeks so kids from deprived backgrounds who don’t have parental support can attend, we are arranging free transport, we’ll have guest speakers with first-hand knowledge of drug trafficking, and there’s a plan behind the prizes.

“There would be no point in us giving trophies out when the drug dealers are giving money out. We wanted to be realistic and give them something that makes them excited to participate.”

Nic added: “Thanks to sponsors [the Human Relief Foundation] we’re offering big prizes, including vouchers. It’s difficult to combat drug dealers when they’re promising these kids clothes, food and PS4s. We are using similar techniques to the drug dealers, but in a positive activity and a climate that’s supportive.

“You can’t take drug dealers on face-to-face because they’re in a violent world but actually you can engage kids and show them choices they have, as well as alert parents to the danger signs to look out for, including specific individuals to look out for in certain areas.”

Anser admits he once lived what he describes as “a gangster type lifestyle” until the age of 27 when he began researching Islam. He started to develop himself as a person and inspired others in the community to overcome “our natural fear of other human beings”. He has used charity work, football and cricket events to connect people and break down barriers and negative preconceptions.

“We need to bring people together to do things they are all comfortable with and that’s where sport is so powerful,” he explained. “We all want to eradicate criminal behaviour and stop young people being exploited but because people are fearful of each other the conversation never starts. That’s what we’re trying to achieve.”

For further information, to register, volunteer, sponsor or donate to the Right Lines Youth Super League, email Banburyysl@hotmail.com or contact Anser Hussain on 07543 333113.